These days, during the 2020 iteration of the Consumer Electronics Show, a Samsung-backed company called Neon unveiled the world’s first “artificial man”. Neon describes the new creation as a “computer-generated virtual being”. 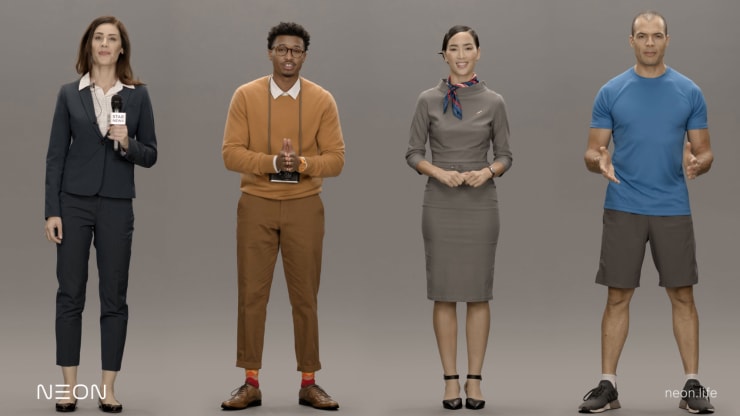 The key term there is “virtual,” as Neons — the name for these virtual beings — are not physically real. They exist as life-size facsimiles of humans on high-resolution monitors.

However, unlike Google Assistant or Amazon Alexa-style virtual assistants, Neons can engage in realistic communication with humans, complete with emotional responses such as laughter, sympathy, sadness, and more. The artificial human responses all feel natural due to there being a latency of only a few milliseconds during the conversation.

Furthermore, each Neon is unique with its own personality and even its own occupation. For example, there’s a yoga instructor, a banker, a K-pop star, a news anchor, a fashion model, and many more. Although each Neon looks like it is based on a real human, they’re not. They are completely artificial, constructed from computer algorithms built on the company’s proprietary technology platform CORE R3, where R3 stands for Reality, Real-time, and Responsive.

Neon clearly has big plans for its artificial humans. The company touts that Neons can connect with “value-added services” and you’ll eventually be able to “license or subscribe to a Neon as a service representative, a financial advisor, a healthcare provider, or a concierge.” The big dream is for a Neon to be a famous celebrity, such as a news anchor, spokesperson, or even movie star.

If Neon can really pull this artificial human thing off, the sky could be the limit. A Neon could be your new best friend or even your future husband or wife, it all seems like a sci-fi film come to life.