PS5 Sony continues to unveil the system in bits and pieces. Previously, we knew about its holiday 2020 launch, its impressive 8-core processors, its ray tracing capabilities and its ambitious SSDs. If the system works as advertised, it could drastically reduce load times while displaying more lifelike graphics than ever before. 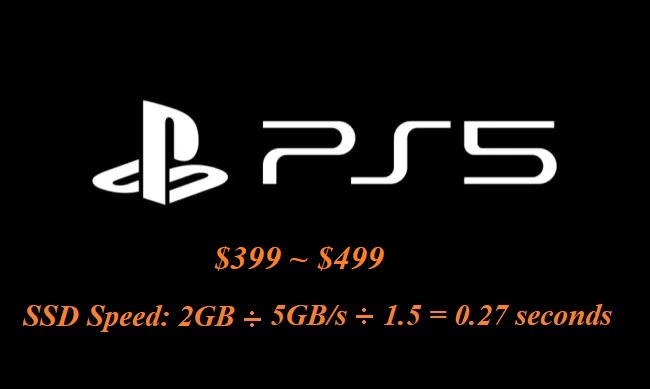 Now, Sony has revealed the PS5’s controller: the DualSense. This peripheral looks quite different than Sony’s previous DualShock lineup, with a two-tone color pattern, vertical grips and a mysterious “Create” button to replace the “Share” functionality.

Along with the system’s RDNA GPU and ambitious 3D audio, the DualSense could help the PS5 differentiate itself from anything on the market today. To learn more, read on to find out what we know so far about the PS5, including its release date, confirmed specs, expected games and more.

The PS5 is a little less mysterious than before, thanks to a live stream from Sony On March 18. Mark Cerny, a lead systems architect at Sony, hosted a talk today that walked users through some of the salient points of the PS5’s hardware. The lecture was rather technical in nature — to the chagrin of some fans who were hoping for a more straightforward reveal event — but it did give us some solid information about how the PS5 might perform, and the hardware in place to make that performance possible.

During his talk, Cerny hit on three main pillars of the PS5’s development: “Listening to developers,” “Balancing evolution and revolution” and “Finding new dreams.” Practically speaking, these three categories speak to the PS5’s SSD configuration, backwards compatibility and 3D audio capabilities. We also learned about the system’s CPU, GPU and RAM structure, although that information is potentially of more use to developers than everyday consumers at the moment.

According to Sony, the PlayStation 5 will officially launch in Holiday 2020. That will put it right up against Xbox Series X. We have yet to get a specific date for an official reveal event or the console’s retail release, but rumors have been flying fast around a potential launch event. After various rumored February dates never came to fruition, all eyes were on a potential March reveal event, which could be March 18 event, due to a tip from Twitter leakster PSErebus.

The PS4 hit shelves on November 15, 2013, and we expect Sony’s console to arrive in stores around a similar fall window in 2020.

The PS4 found big success by undercutting the Xbox One at launch with its $399 price tag, but the PS5 might not be quite as affordable. In his quarterly forecast (as reported by Twinfinite), Ace Research Institute analyst Hideki Yasuda predicts that the system will launch for $499, which is $100 more than what the PS4 and PS4 Pro sold for at launch.

This prediction lines up with a February 2020 report from Bloomberg, which claims that the PS5 will cost more than the PS4 did at launch due to expensive components such as DRAM and flash memory. Speaking to Bloomberg, Macquarie Capital analyst Damian Thong estimates that the PS5 price will land around $470.

In March 2020, a Facebook post from Canadian game retailer Play N Trade Vancouver suggests that the PS5 could cost around $396, which would be shockingly low given previous price reports. However, its possible that Play N Trade is taking pre-orders at a placeholder price, and will adjust accordingly when Sony announces an official MSRP.

There may be an additional wrinkle, however, based on a Bloomberg report from April. The system may not be widely available at launch, and Sony might compensate for this by raising the console’s price: $549 instead of the anticipated $499. Whether this price would drop once the PS5 becomes more widely available is anyone’s guess — the again, so are the actual price and availability, since Sony has yet to confirm anything about either topic. 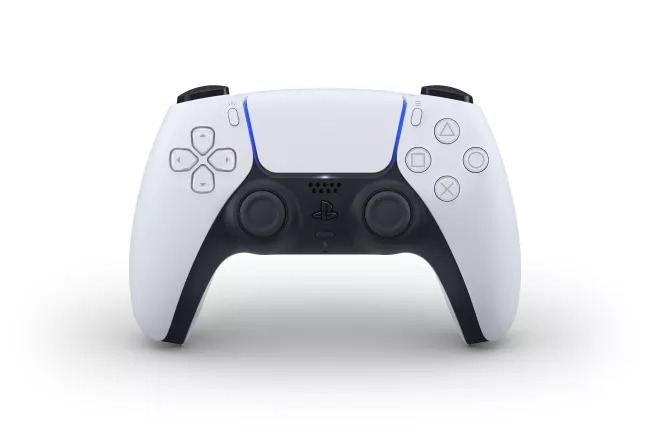 As Sony confirmed before, DualSense will have haptic feedback and adaptive triggers, which will provide realistic, tactile rumble to simulate the feel of, say, driving through mud or firing a bow and arrow. The controller’s Share button has been replaced by a new Create button, which Sony says will provide even more ways to capture and share your favorite gameplay moments.

DualSense also has a built-in microphone, which will let you chat with friends without needing to dig your gaming headset out. The controller’s light bar now surrounds the touchpad, which lets you better see the glow emanating out of it and complements the white design nicely.

Rumours regarding the upcoming PlayStation 5 have been circling around for a while but now, we have received official information regarding the release schedule for the console. 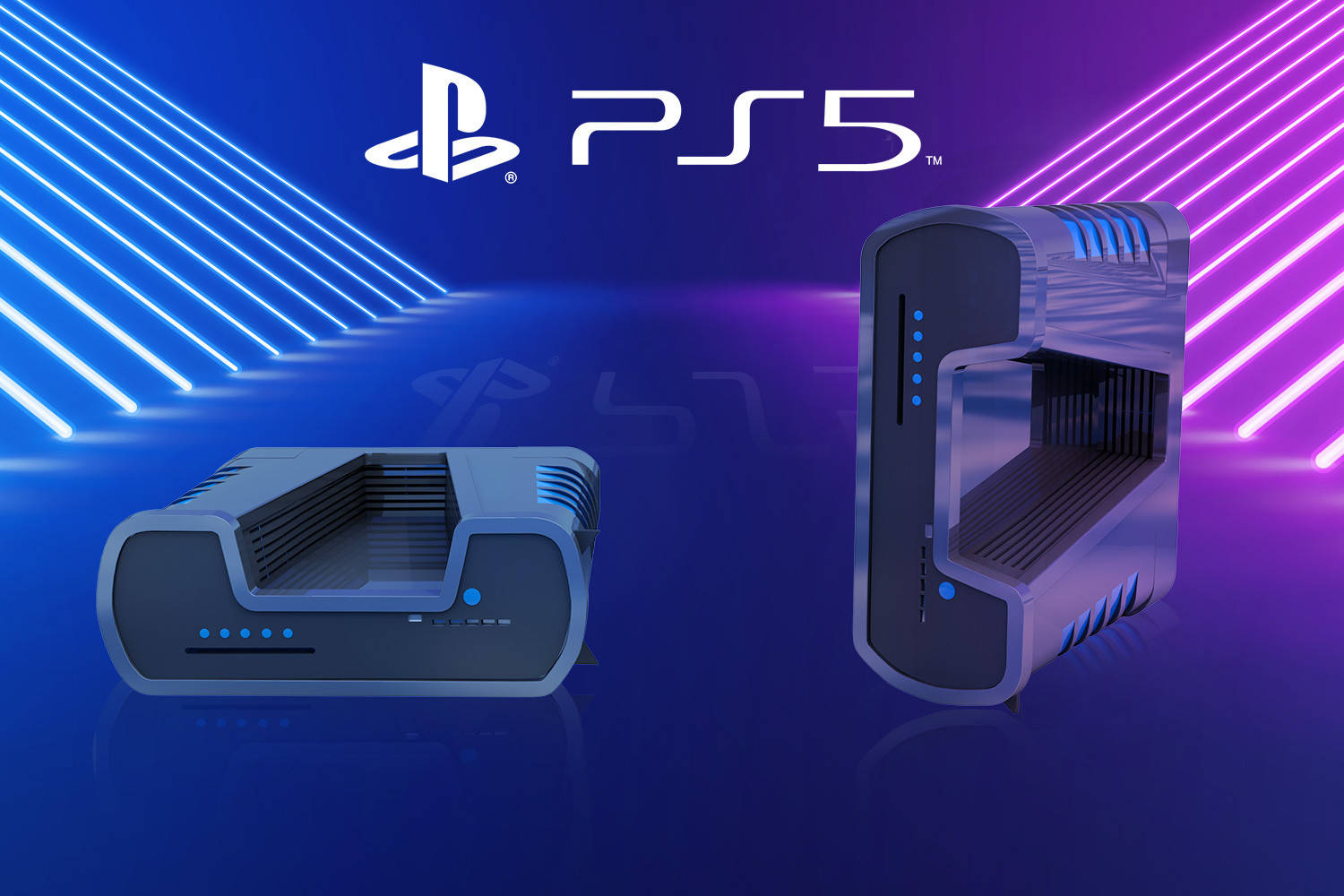 A Sony patent discovered in August 2019 could give us a clue about the PS5’s potential design. The patent images show what looks like a chunky game console, complete with a slew of USB ports, a disc drive, and a unique V-shaped chassis that could help keep the system cool.

The folks at LetsGoDigital mocked up their own PS5 render based on the patent images, proving how the odd shape could actually turn out to be an attractive game console.

The folks at Gizmodo were sent images of the alleged PS5 dev kit, which are reportedly identical to the patent images that have been circulating for months. What’s more, the report claims that both the PS5 and Xbox Series X will pack integrated cameras for hassle-free livestreaming.

Even though it’s a bit early out, we already have a good sense of what the first wave of PS5 games will be. Current confirmed PS5 games include People Can Fly’s third-person shooter Outriders, as well as Counterplay Games’ “looter slasher” game Godfall.

According to our friends at GamesRadar, Ubisoft confirmed in a conference call that upcoming titles such as Watch Dogs Legion, Gods and Monsters and Rainbow Six Quarantine will be optimized for PS5 and Xbox Series X. Renowned remake studio Bluepoint Games (Shadow of the Colossus) told Wired in October that its “working on a big one” in regards to its upcoming PS5 game.

Interestingly, Sony has said that the PS5 launch exclusives won’t be playable on PS4. The Xbox Series X will not be doing this though, and instead will share its new games with the Xbox One and PC. There are arguments for both, but it looks like Sony is hoping to make its new console a little more desirable by making sure you can’t get the brand new exclusives anywhere else.

We also wouldn’t be shocked to see a version of The Elder Scrolls VI and Cyberpunk 2077 land on Sony’s next-generation hardware. And since they release like clockwork, expect new Madden, NBA 2K and FIFA titles around the PS5’s launch window.

Guerrilla Games, the team behind the Killzone franchise and Horizon Zero Dawn, appears to be working on a new PS5 title. A hastily deleted job posting on Twitter suggested that Guerrilla is on the lookout for a senior AI programmer focusing on “[making] our NPCs come to life.” Whether this is a sequel to an existing Guerrilla game, or a new IP, or simply a job posting fluke, we’ll have to wait and see.

As far as when we’ll learn about these games, E3 2020 was a good bet, up until organizers canceled the event due to health concerns. Daniel Ahmad, an analyst in the games industry, now believes that Sony may reveal a launch lineup sooner than originally anticipated. Since E3 was scheduled to take place on June 9, Sony could reveal a master list of games sometime within the next month — or it could continue to reveal PS5 components piecemeal in the meantime.