iPhone 12 may not be announced until October. According to well-known leaker Jon Prosser, Apple may not officially announce the iPhone 12 until October. Prosser claims teams at Apple are discussing the possibility of pushing the event back to control the impacts coronavirus has had on its supply chain.

The 2020 iPhones will feature major updates, introducing some of the first design changes that we’ve seen since the iPhone X was released in 2017. We’re expecting four iPhones in three display sizes which could come in at 5.4, 6.7, and 6.1 inches (x2).

Rumors suggest the 6.7-inch iPhone and one 6.1-inch model will be higher-end devices with triple-lens cameras, while the 5.4 and 6.1-inch models will be lower-end iPhones with dual-lens cameras and a more affordable price tag. All iPhones in 2020 are expected to feature OLED display technology regardless of price, and a 120Hz “ProMotion” refresh rate could be included in some of the higher-end models, though that’s not guaranteed due to battery life constraints and Apple could wait until 2021 to add the feature.

Design wise, rumors suggest the new iPhones coming in 2020 will feature a significant redesign with a metal frame that’s similar to the frame of the iPhone 4 or the iPad Pro. The iPhone 4 had a distinctive, flat look for its stainless steel frame, which could be replicated in the new iPhones, bringing the design in line with the 2020 iPad Pro models.

2020 will be the first year that Apple introduces 5G support in the iPhone, allowing the new devices to connect to 5G networks that are much faster than 4G LTE networks. According to rumors, all of the iPhones in the iPhone 12 lineup will feature 5G connectivity, though it’s not yet clear if all iPhone 12 models will have super fast mmWave support in all countries as some countries have not implemented mmWave technology. 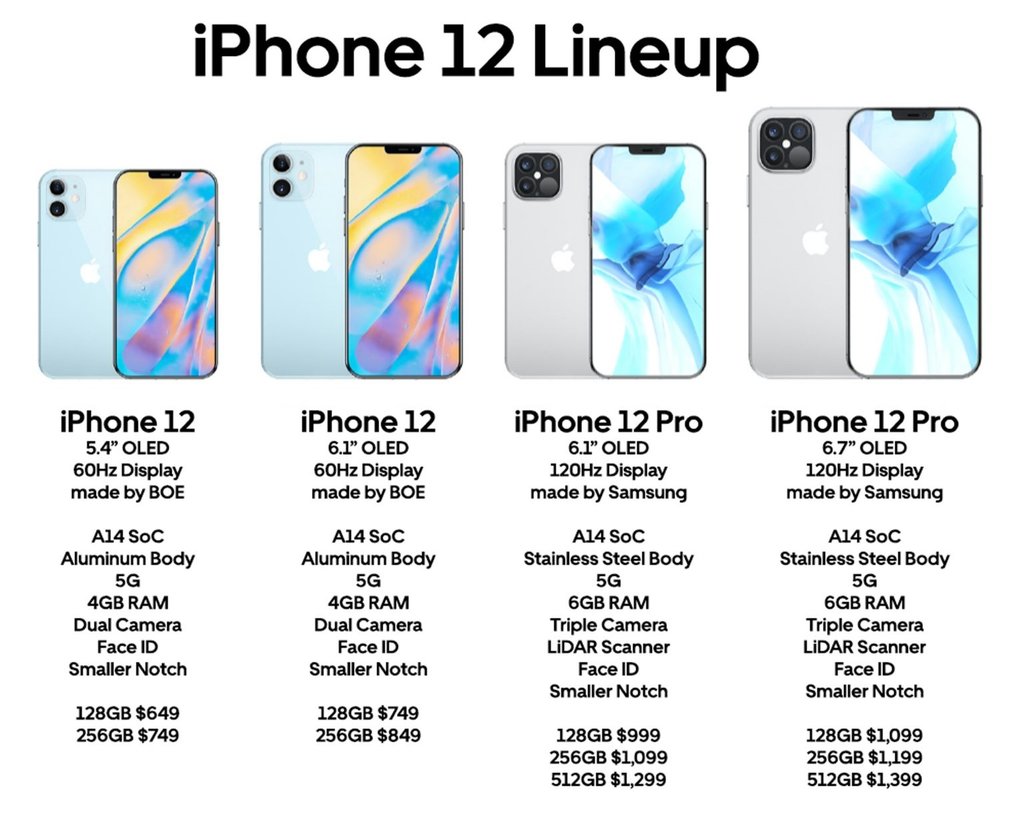 The iPhone 12 models coming in 2020 will use an Apple-designed 5-nanometer A14 chip manufactured by TSMC. The A14 chip is expected to bring both speed and efficiency improvements that could bring small gains in battery life to compensate for 5G, which uses additional battery.